Ridgeline Athletics was conceived during a ski tour in February 2013. Since then, we’ve grown exponentially to a group of 6 coaches and over 65 athletes from around the world, training to compete in everything from 30 minute ski races to 40+ hour ultra-marathons.

Our team has a long history in endurance sports from adventure racing to ski racing, with lots of running in between. This combined experience is one of the greatest strengths the Ridgeline Athletics team brings to the table. Nowhere else will you find a coaching team with this level of both formal education and experience in the endurance world. Since then, we've welcomed Jeanelle Hazlett, Ryan Kerrigan, Alex Ricard, and Adam Campbell to the team. We’re excited about the variety of perspectives; and the experience each coach brings to the table is invaluable.

We're proud of the team we've built and we stand by our work. Reach out if you're interested, we'd love to get to know you, and to help you on your specific pursuit of a fitness and endurance lifestyle. 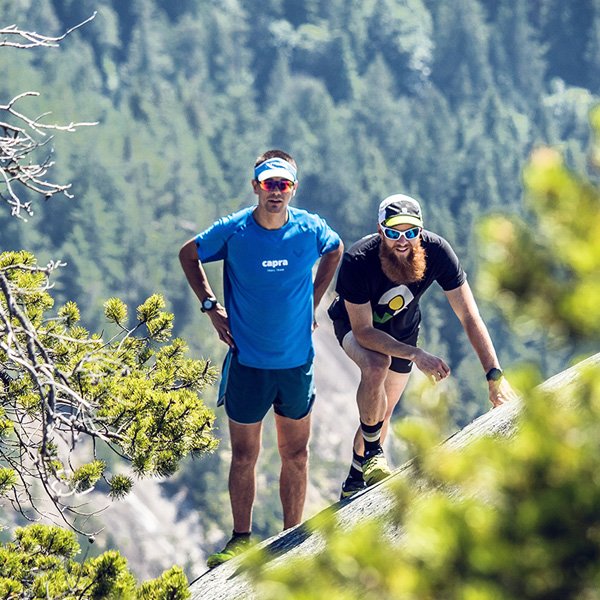 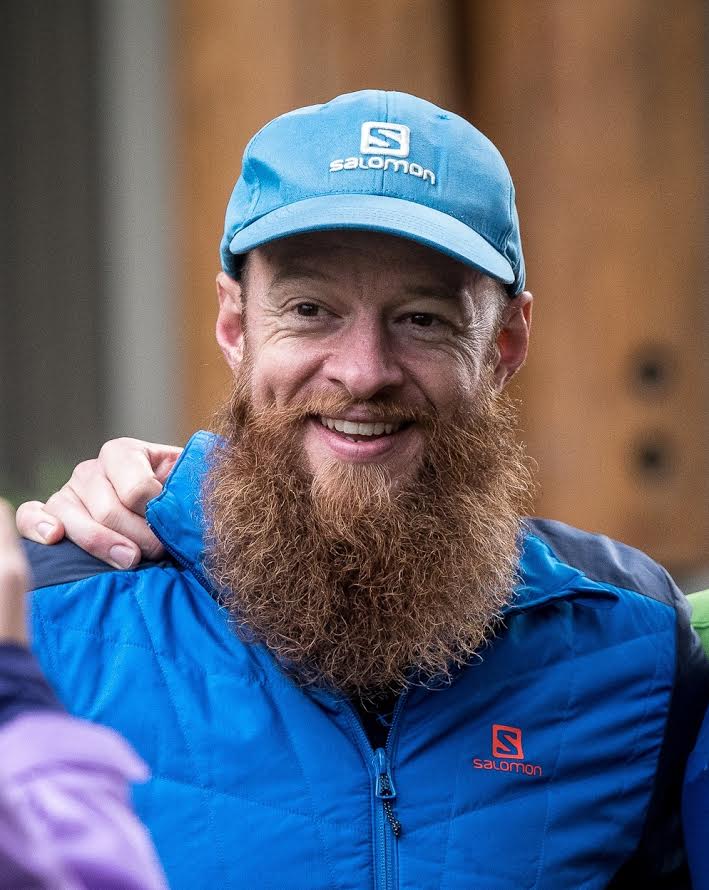 Gary is one of Canada's premiere ultra-endurance runners, completing many 100+ mile races with a rack of wins. He brings a strong understanding of the logistical component of completing these events to our group.

I've been competing as an ultra runner since 2004. Prior to 2004 I was not a runner on any level, which means I have an intimate knowledge of the journey from zero experience all the way up to and including competing at and winning high level events.

Over the years I've worked as a clinic coordinator on numerous running clinics in North Vancouver and Squamish. I have seen what the process consists of for most people. Whether you're looking to run your very first trail race, ultra race, or 100 miler, or whether you're a seasoned veteran looking for that edge in your training, we can help you get there.

Tap into our expertise and let's get there together.

Goals
To become a Barkley Marathons finisher. To collect a few more belt buckles in the coming years. To get outside as frequently as possible, whether via running, skiing, biking or hiking. To be healthy, happy, fit and active through my 40's - 50's - 60's and beyond. 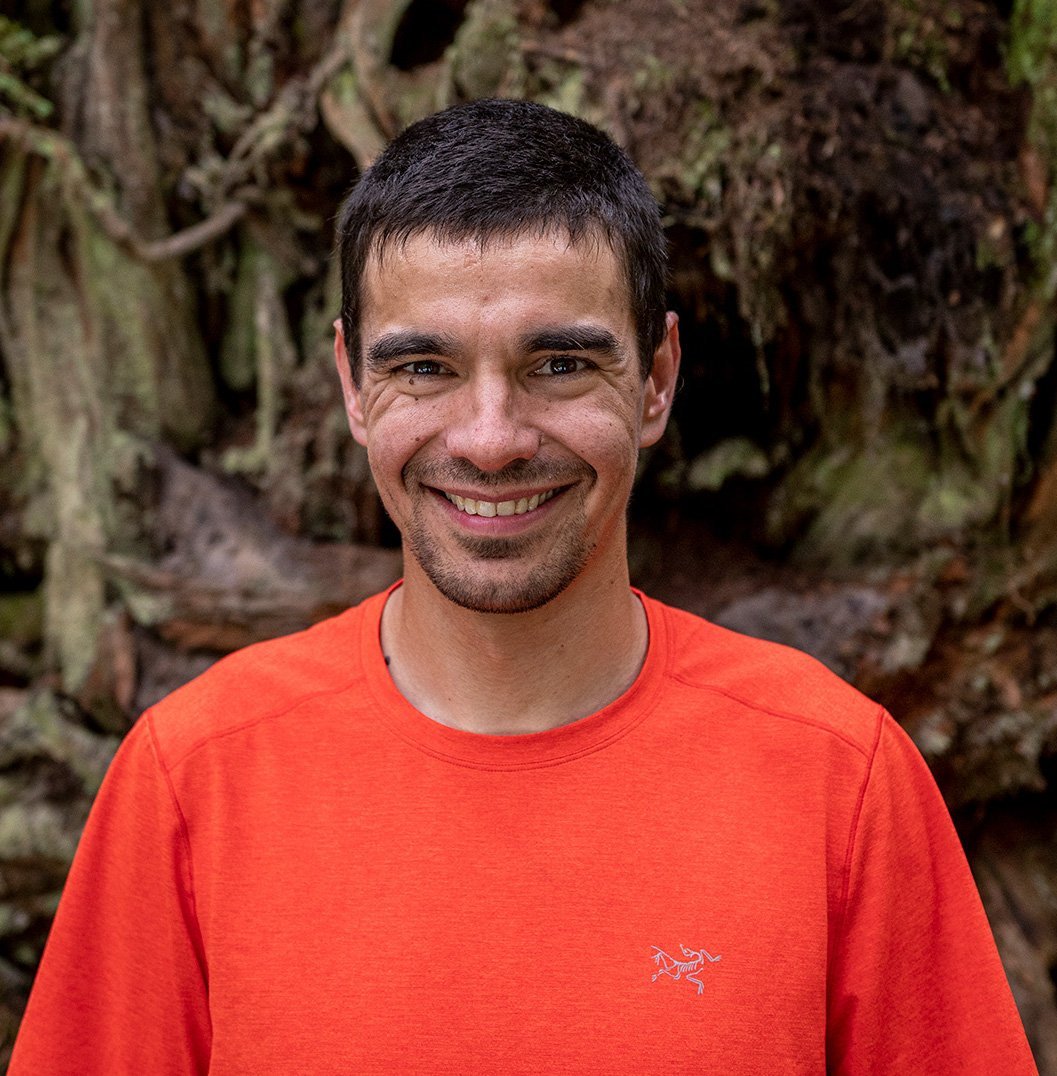 Introduction
Eric is one of the founders of Ridgeline and holds a PhD in Exercise Physiology - specifically related to endurance performance at altitude. Eric specializes in mountain running, alpine climbing, and ski mountaineering. Eric is the Head Coach of the Canadian National Ski Mountaineering Team. From Eric: I started my athletic career as a high school distance runner and Nordic skier. I raced on the Division 1 Varsity Nordic ski team at the University of Vermont, where I received my B.Sc. in Exercise Physiology. I moved to BC for graduate school and to be closer to the mountains. At the University of British Colombia I completed my M.Sc. in Kinesiology in 2011 and my PhD in 2019. My academic focus was elite endurance athletes at high altitude. On arriving in BC, I used my competitive Nordic background and sport science education to jump into the world of ski mountaineering and trail running. I compete on an elite level as a member of the U.S. National Ski Mountaineering Team and am an avid mountain runner. Like any other sport, trail running requires smart and efficient training with a strong focus on recovery. I hope my racing experience can help you as you get ready for the best trail running race in Canada, the Squamish 50, or any other event that you may be targeting!
Achievements
US National Ski Mountaineering Team: 2015 - 2019 2019 Canadian Ski Mountaineering National Championships: 1st Place 2019 Whistler Ascent Race: 3rd Place 2019 Meet the Minotaur SkyRace: 3rd Place 2018 North American Ski Mountaineering Championships: 1st Place 2017 Grouse Grind Mountain Run: 2nd Place 2016 Canadian Mountain Running Championships: 2nd Place
Goals

Summer 2022 - FKT attempts in the Rockies and Coast Mountains 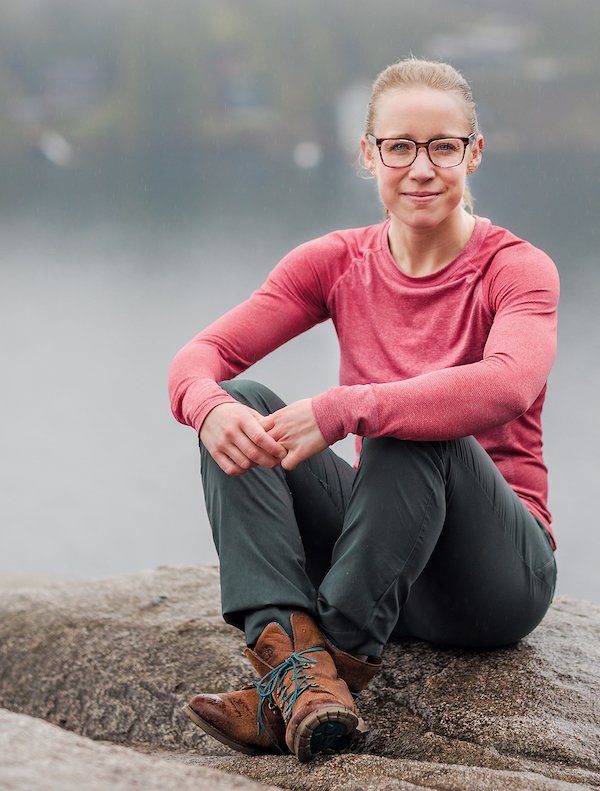 Jeanelle is a registered nurse and personal trainer with an addiction to trail running. She's a trail leader in her town of North Vancouver and her strength on our team is strength training! She oversees all our lifting plans for Ridgeline Athletes as well as working with runners focused on all distances.

My love for running began over a decade ago when I ran my first race to help support a friend to complete their first half marathon. In 2014 I ran my first 10k trail race in 50 minutes and achieved my first age podium finish. I was immediately fired up about trails and competing. Later that year, I moved west to Vancouver to pursue a love for fitness, outdoors and adventure. In 2015, I left a successful career in nursing to start an outdoor fitness company and pursue a full-time career as a trainer and coach. Through trail clinics and training, I have introduced many individuals to the trails and helped them build their confidence and stamina for sport.

My change in career has allowed me the dream of focusing on my own training and running. In 2017, in hopes of pushing my race performances, I jumped into a more intentional training program. Due to hard work and many hours spent on our local trails, I have since gone on to podium finishes in all distances up to 50 miles and earning a spot to represent Canada in the World Mountain Running Championships in 2019 in Patagonia.

I know first-hand how impactful a tailored training program and the right support can be for accomplishing goals. I’ve experienced the excitement of seeing hard work and dedication pay off. Whether you’re looking to complete your first trail race or ultra, looking to take your running to the next level and push yourself to achieve your goals, I look forward to helping you exceed your training and running expectations.

Ryan is an Exercise Scientist and cross-country ski coach as well as the US SkyRunning coach. He brings to our team a strong understanding of classic endurance training techniques in skiing and running and has two rad dogs.

I’ve been running, nordic skiing and general forest and mountain meandering all of my life. I was left little choice as my father was a running and nordic ski coach and riding the bus to meets was cheaper than going to the baby sitter.

I’ve been coaching since 2009 upon graduating from the University of Vermont with a degree in Exercise and Movement Science, and have enjoyed coaching athletes of all levels. I’ve worked with runners who have earned medals at Skyrunning World events and others that simply want to keep up with their groups to deliver valuable medicine and care into remote parts of the Tibetan Himalayas.

It is my belief that humans evolved as hunter gatherers and running/hiking long distance is inherent. We don’t need to hunt for food anymore but we’re always hunting something. One way or another a long run always helps us find what we’re looking for.

Complete whatever World Series SkyRaces that Covid-19 will allow me.

Reach as many East Coast peaks as possible with my yellow lab! 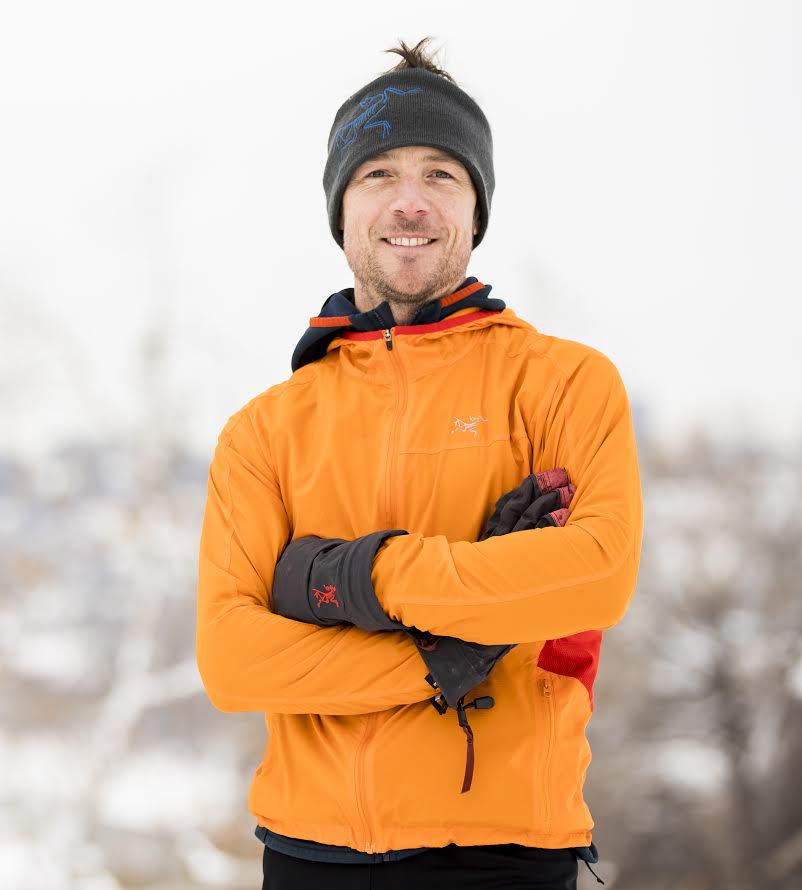 Adam is one of Canada’s top ultra-endurance adventure athletes, he has podiumed at several of the world's premiere ultras, including the CCC, the Squamish 50, the Hardrock 100 and the Ultra-Trail Mount Fuji. He has also held FKTs on prominent peaks and trails throughout Western Canada. Prior to becoming an outdoor athlete, Adam competed on the World Cup triathlon circuit, where he trained and raced alongside Olympic medallists and Ironman champions, learning the art and science of training for endurance events from some of the top coaches in the world.

I’ve been a professional endurance athlete to some degree since the age of 17. Over that time, I have learned from some of the best athletes and coaches in the world and have experimented widely with various training methods on myself.

I am a firm believer that everyone can be an athlete, we just have to find the right goal to motivate and excite you. I also believe in looking at athletes as a whole. Every aspect of your life impacts your performance and together we can develop a holistic approach to training that best suits your life, your long-term goals and your physiology. With this approach, we can develop a plan that will not only help you on your athletic journey, but one that can have a positive impact on all areas of your life.

Goals
- To continue to move efficiently in wild spaces around the world, on foot, skis and climbing. - To be able to climb 5.13 sport climbing routes in the next 3 years. - To support and help others achieve their physical and life goals. 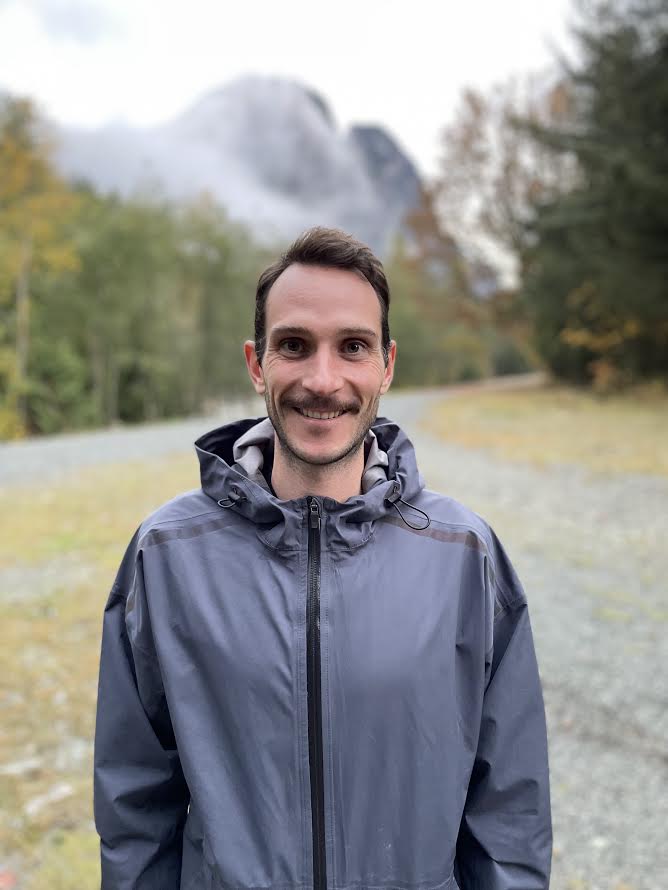 Alex's resume in elite level mountain-running is incredibly impressive. He's also made study of human physiology and coaching one of his priorities in life. We're excited to have Alex as part of our team where he can help High Performance athletes explore the limits of their potential!

I started a passion for running when I was 12 years old and it has been my lifestyle since. On the early stage of my career, I did mostly track, road and cross-country running competitions. I had the chance to be part of Laval University track team, one the strongest team in Canada. During these 5 years competing in cross-country, I realized my strength to perform on the hardest race conditions (muddy, windy and hilly courses). In 2018, I moved to Squamish and I started to specialize in short trail running and vertical races.

My approach to training will allow you to achieve your goals, whether competitive or personal. Trained as a massage therapist and having worked with a lot of runners, I offer a personalized program that promotes injury prevention and long-term vision of growing in the sport. 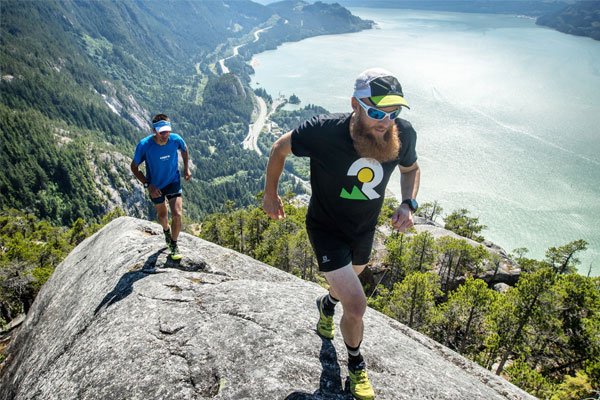 Our training plans pull from both our expertise in mountain and ultra racing and are designed both for the first time ultra runner as well as those looking to take on a new goal. 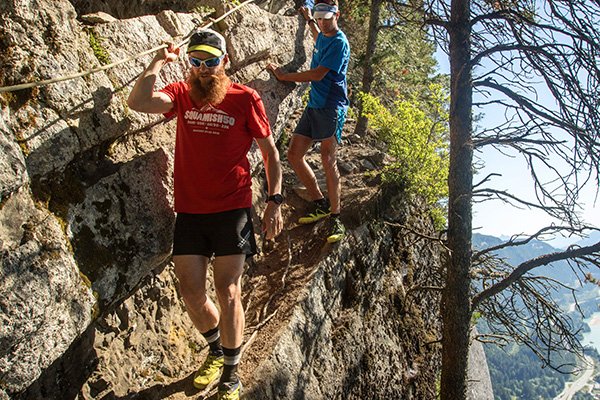 Our one-on-one coaching service is for athletes of all ability levels who are looking to approach their training from a committed and scientific perspective. 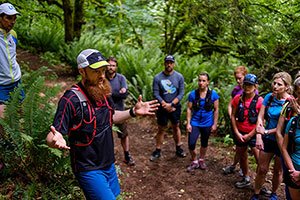 One day seminars covering everything from training plan development, race prep and everything in between.